A recent article by The Information: As AWS Use Soars, Companies Surprised by Cloud Bills was very interesting and worth a read.

The authors examined the AWS spending patterns of five large companies to demonstrate that all were way over budget as it related to AWS spend. They reference Pinterest “spending roughly $190 million on AWS last year, $20 million more than it had initially expected... and Adobe’s bill rose 64%, while Capital One’s jumped 73%; Pinterest’s rose 41%... Intuit saw its AWS bill rise 93% to around $145 million in 2018 - the largest percentage jump of the companies The Information studied”.

While it seems that spokespeople from most of the companies surveyed declined to comment, with one CFO stating the costs were “materially inaccurate”, these reported yearly cloud costs are in line with the figures found in Lyft’s S-1 IPO filing. Both the Business Insider and CNBC report that Lyft has a contract with AWS with monthly costs of about $8M and totaling $300M through 2021. Cloud costs like these can be a BIG problem for companies of all sizes.

According to The Information, there are many factors contributing to high aws charges, some being:

The biggest factor that they referenced that is nearest and dearest to our hearts and we are laser focused on - is that “one of the biggest benefits of cloud computing has fostered a more entrepreneurial culture among software development teams inside companies, allowing them to summon computing resources without a lot of red tape. But that freedom is a double edged sword, making it a challenge to get a grip on spending. As companies expand their usage of AWS, another challenge some face is being able to track their spending in real time or close to it, some customers said. That can lead to surprises when bills arrive weeks after billing periods end.”

Here are some opinions on the matter. 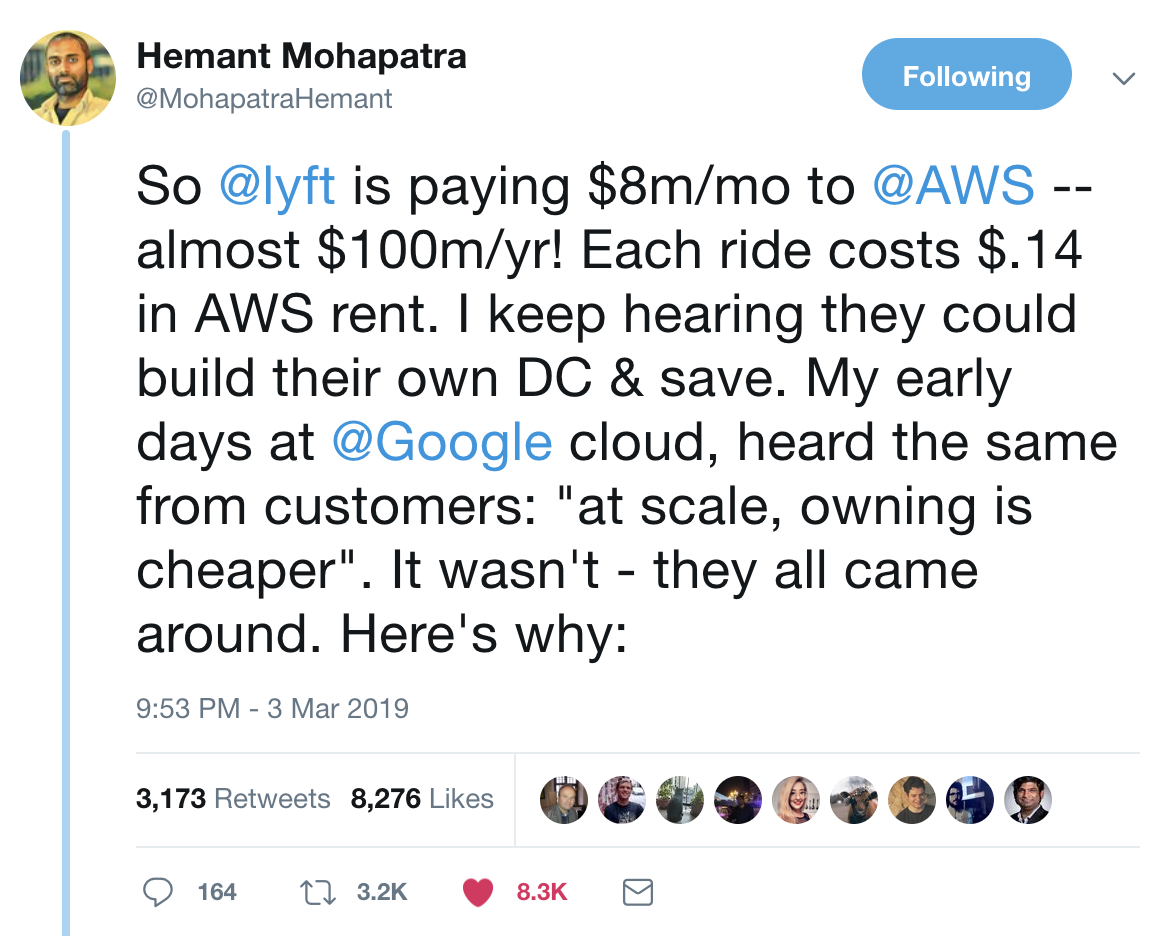 At CloudZero, we eliminate surprise aws charges and improve efficiency and resource usage while helping the organization to innovate at a fast rate of speed. We focus attention, when needed, on the cost of resources, systems and applications - and deliver hourly, rapid feedback to finance, development and operations. A continuous update provides DevOps with metrics and rapid insight into the operational costs of any changes on systems, such as the push of new code, or an increase in load from their customers.

Not such a surprise, companies working with CloudZero are now able to:

This is here today with CloudZero - no secrets, no surprises.