FinOps Vs. The Old Way: How Cloud Cost Optimization Is Evolving

Cloud cost optimization is a relatively new concept. Let’s explore why times have changed and how you can keep your business up to date.

In the early days of SaaS companies, most engineering and cloud operations teams weren’t tasked with monitoring or optimizing cloud costs. In fact, it would have been unlikely for these teams to care about cloud cost optimization at all, let alone take measures to fix issues and look for opportunities.

Today, SaaS companies that want to secure a competitive foothold and ensure long-term success have to care about cloud costs.

To avoid looking at cost data now is to plug the company’s metaphorical ears and ignore the alarm sirens as products become too bloated to support, customers create unexpected and expensive demands, and machines sit idle, racking up resource costs without producing anything.

How did we get from there to here in what seems like such a short period of time? What changed in the world of SaaS that made FinOps a necessary component of a working business, rather than simply a luxury?

And perhaps most importantly, what is the modern FinOps yardstick against which you can measure your company’s operations and determine which areas need to be brought into the present day?

To answer these questions, let’s compare and contrast how FinOps has evolved and adapted over recent years.

How Has Cloud Cost Optimization Evolved From The Early Days Of SaaS?

Software engineers used to prioritize highly functional products above all else. To engineers, it didn’t matter what a product cost to build as long as it worked well, fit into a strong market niche, and fulfilled the needs of its user base.

After all, the finance department and the executive team made most of the purchasing decisions, and often they saw no reason to share their confidential cost data with the rest of the company.

Additionally, it was a common belief that exposing engineers and cloud architects to cost data would confuse them, slow them down, and divert their attention away from building the best product possible. As a result, cost data was not discussed, and was even deliberately hidden from the engineering team.

Now we understand that, when companies moved their operations to the cloud, they weren’t simply evolving the technologies they used on a daily basis. They were also transforming the way IT services are chosen and purchased.

Engineers have become directly responsible for the majority of costs that go into a given product. In other words: Every engineering decision is a buying decision.

And that means engineers must have access to detailed cost data.

In fact, this principle isn’t just limited to engineers. Product, sales, and marketing people all benefit from understanding how their decisions contribute to the company’s spending. Ideally, cost information should be transparent and accessible to every team member, so each person can see how their choices affect the whole. 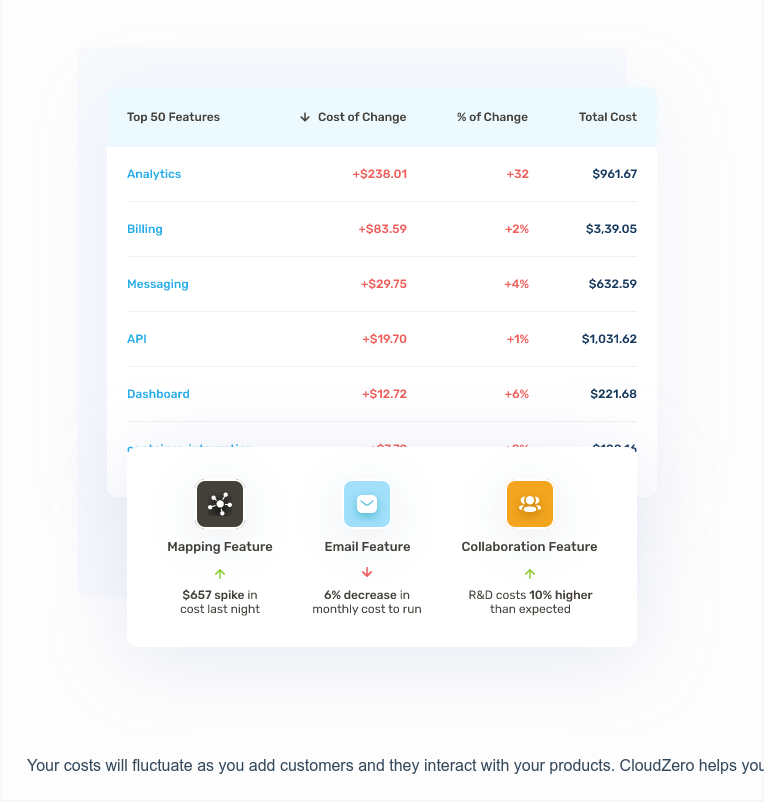 As mentioned previously, it used to be that the finance department and executive suite made purchasing and cost decisions. They had ownership of the financial side of things, while engineers operated within the parameters they were given and had ownership of their software development choices.

Finance and engineering became two very separate tribes, with different priorities, methodologies, and even languages. Getting finance to understand the complex engineering terms — and likewise getting engineering to understand financial concepts — often felt like a losing battle.

In terms of collaboration, the contrast between the old days and today couldn’t be more stark.

In the words of the FinOps Foundation’s executive director: Think of FinOps as a centralized team where leadership brings both tribes together to function as two sides of the same coin, rather than as two units that have very little to do with one another.

To accomplish this, the FinOps team must find common ground to promote mutual understanding and collaboration to reach unified company goals. 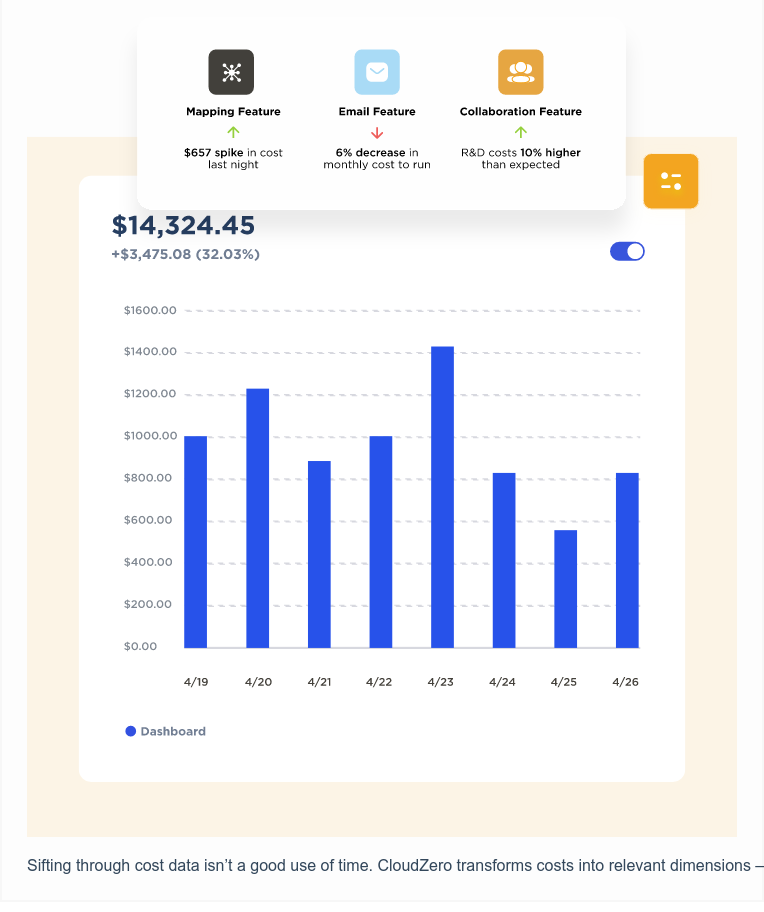 Decisions based on value, not limitations

Before the cloud existed, companies based their coding decisions around procurement options.

Software could only be as powerful as the infrastructure that supported it. So, major build strategies could realistically only be updated every few years as the company updated its equipment.

If the company had five servers, for example, engineers would build software optimized to run on those five servers with their current capabilities. Scalability and expansion could be handled a few years down the line after the hardware got upgraded, but it made no sense to try to plan for this change ahead of time.

One of the main benefits of switching to the cloud is that those hardware constraints no longer exist.

Instead of building software based on the servers sitting in an adjacent room, engineers can take advantage of the endless cloud resources at their disposal. Limitations come only in the form of financial constraints.

Today, the best engineers focus on bringing the most overall value to the business with their design choices.

Each infrastructure and build decision has the potential to raise or lower the company’s total spending, earn more or less revenue, and result in wider or thinner margins. The key is to understand how each decision will affect those factors ahead of time, rather than finding out after the bill comes due.

That’s where it pays to have a robust cloud cost optimization strategy centered around tracking unit costs and revenue for each product, feature, and even customer your business supports. 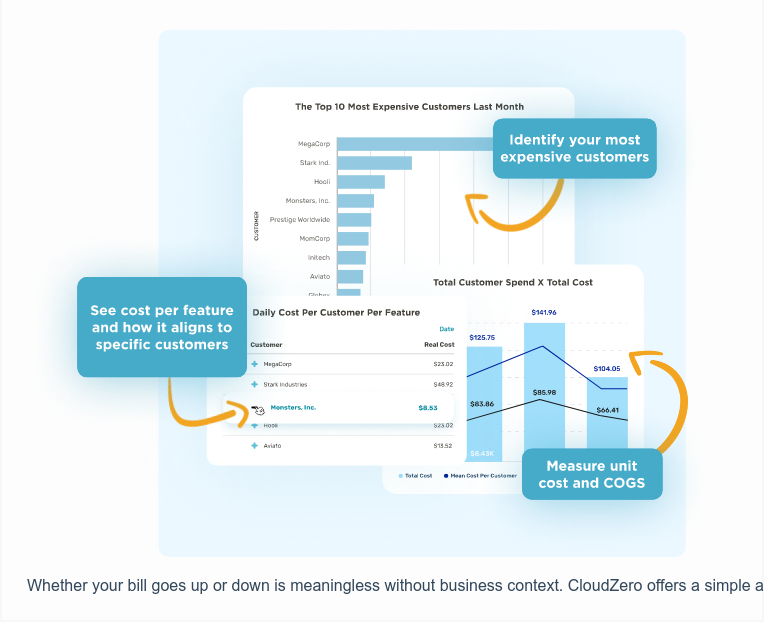 By keeping track of every incoming or outgoing dollar, including where costs are going and how much revenue flows in as a result, you can estimate with a good degree of accuracy what would happen if you were to change any one element in the equation.

With CloudZero, You Don’t Have To Operate In The Dark

Using CloudZero is like skipping to the front of the cloud cost optimization line.

CloudZero’s cloud cost intelligence platform takes the confusion out of tracking and analyzing your costs and revenue. Using the combination of our intuitive platform and an expert team standing by to help, you can have your first clear picture of your unit economics — and be able to make informed business decisions — in just a few hours.

Anyone can see where money is flowing using this unit economics approach. So, they can tell exactly where to cut unnecessary spending and where to invest more to maximize ROI.

to see the power of CloudZero for yourself!