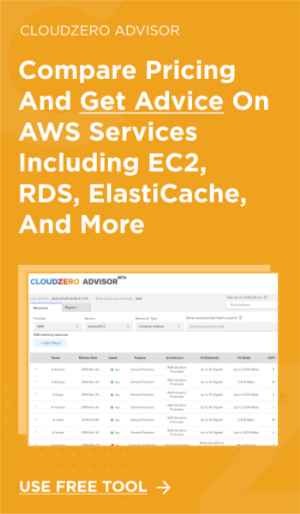 7 DevOps Best Practices You Should Be Following Now

Want to streamline your software development process? Discover 7 DevOps best practices you can adopt right away.

Software engineering teams are always looking for ways to improve the software development process and boost efficiency. One common strategy is to use DevOps, an engineering practice that merges development and operations.

In traditional engineering organizations, development and operations teams are often siloed, a scenario that can lead to friction between these two important arms. For example, while developers are encouraged to write and release more code, operations engineers are expected to prevent errors and the deployment of bug-filled software. Thus, the operations teams often act as gatekeepers and can considerably slow down the deployment process.

A DevOps approach solves this problem by improving collaboration and encouraging teamwork between development and operations/quality assurance teams. In DevOps, the same group of people owns the entire software development life cycle so there is no need for a gatekeeper.

The benefits of adopting a DevOps approach for engineering teams include:

The whole point of DevOps is to improve collaboration and eliminate silos between development, operations, and quality assurance teams. This way, the software can be developed and shipped to customers faster. Achieving this level of collaboration requires a change in the culture and mindset of the entire engineering team as well as a common goal or set of goals.

Both developers and operations engineers have to take full ownership of the software development process and work together to meet customer expectations. In DevOps, development and operations become a part of everyone’s responsibilities irrespective of their specific roles in the team.

Whether you’re using the classic waterfall model or a full DevOps approach, the goal is to meet customer expectations.

For example, among the top expectations of modern SaaS customers are constant updates and fast delivery of new functionality. DevOps gives you the ability to streamline the release process. Since the same people are managing releases of code as well as writing new code, it’s easier to push new functionality out to the customer faster.

On the flip side, some industries may not appreciate shiny new functionality delivered every other week. A new feature delivered in the middle of a working day will most likely not meet the needs of an ICU nurse doing serious work on a patient. Understanding your customers in their context is key to a successful DevOps approach.

In simple terms, an agile methodology acknowledges that requirements and solutions will evolve as you gather customer feedback; it also empowers your team with the ability to adapt and respond to those changes.

While most customers expect new features fast, engineers also need the ability to see how end users are making use of functionality so they can get feedback and iterate on it. By combining DevOps with an agile approach, you can release a small piece of functionality and see how customers respond to it and get their feedback. Instead of spending two quarters to fully develop a feature that ultimately misses the mark, you can iterate on it along the way.

The agile principle of small, iterative pieces of development ties in well with the DevOps approach because it results in even faster deployment.

Continuous integration (CI) is a core DevOps best practice that is used for integrating code changes from different contributors into a central repository. CI allows developers to merge code changes frequently and use automated tools to test the code’s correctness.

CI is achieved using a source code version control system. The rationale behind CI is that it’s easier to detect errors and quality issues in smaller amounts of code than on a large codebase written over an extended period.

Continuous performance monitoring is a DevOps best practice. The effectiveness of a DevOps approach can only be measured by tracking the right performance metrics, such as lead time, mean time to detect, and issue severity.

Monitoring these metrics is also important because it allows you to detect when things go wrong so you can recover quickly. The DevOps metrics you track will depend on your organization’s goals and expectations. Some metrics, such as unit cost, are useful to any engineering team because they are tied to profitability.

Monitoring unit cost as a DevOps metric is a good practice because it helps you build cost-optimized software from the get-go. This is because you get early insight into what your costs are so you can plan your projects and make trade-offs proactively.

6. Use the right tools

Automation is at the heart of a successful DevOps practice. Automating the process of building, testing, and releasing software makes life easier for both developers and operations engineers who collaborate in a DevOps organization.

You’ll need access to DevOps tools that help you achieve this, whether it’s a tool that tracks your performance metrics, raises alerts when things go wrong, or provides overall visibility into the progress of your software.

For example, CloudZero is a cloud cost intelligence platform that helps you monitor unit costs per customer, feature, or team, and also provides anomaly detection alerts for cost. If you accidentally ship some code that causes a cost anomaly spike, CloudZero proactively notifies your team.

Since CloudZero puts costs in context, it not only detects the spike in cost but notifies the team that owns the code. Engineers are notified via Slack so someone can then investigate the problem. If you've shortened up your software life cycle and embraced DevOps, then you could fix the anomaly almost immediately and save your business money.

But if you were using a different release process that requires many levels of testing and gatekeeping, you’d probably have to wait for an overnight compile, which slows down the process so you can’t fix the cost problem immediately.

While you’d still test and stage code with DevOps, the difference is this: When the same team handles both development and release or deployment, you’re able to respond faster and keep your costs under control.

Microservices fits into the DevOps approach of breaking large, complex projects into smaller pieces. Different services can be worked on independently without affecting the entire system.

Ultimately, the goal of any software engineering team is to build profitable software that meets the needs of customers. Cost is an important aspect of the development process because it impacts the number of features a team can support and the price at which these features are offered to customers.

For example, architecting a specific way may be more expensive than the alternative, but it could also save you up to three weeks of engineering time. That makes a huge difference in how quickly you can deliver that piece of functionality to your customers and might be worth the cost trade-off.

CloudZero empowers your team with the cost insight that allows you to manage your cloud costs and make informed decisions about these kinds of trade-offs. 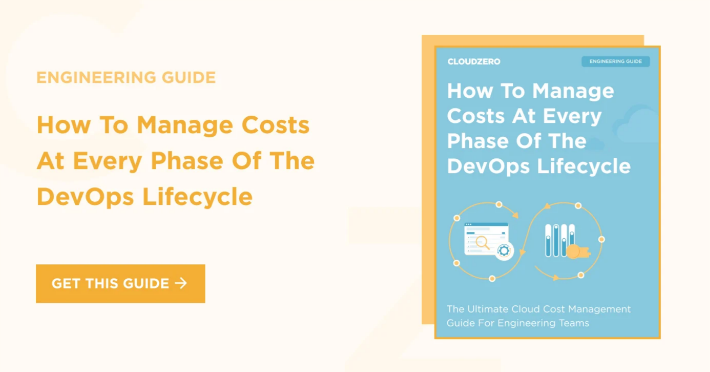