Kubernetes Vs. Docker Vs. OpenShift: What's The Difference?

We compare Kubernetes, Docker, and Openshift, to help you choose the best container management platform for your needs.

Containers are a big deal today. Because containers are software units that contain all the code, runtime, and dependencies required to run a distributed application, they help engineers test and run apps on any device and platform without compatibility issues.

It's likely that you want those benefits, too. Yet to build and maintain containerized apps in optimal health, you’ll need a robust system. The top contenders are Docker, OpenShift, and Kubernetes.

This guide compares the differences between Kubernetes, Docker, and OpenShift so you can decide which container platform best suits your needs.

Kubernetes Vs. Docker Vs. OpenShift: Overview

There is often confusion surrounding Kubernetes, Docker, and OpenShift, despite 90% of organizations using containers in production.

As an example, Kubernetes is sometimes referred to as an all-in-one containerization platform. As this guide will reveal later on, that's not true.

Also, you might be reading this after learning Kubernetes no longer supports Docker in kubelets. So perhaps you are wondering which platform to use moving forward.

OpenShift also markets itself as a Platform-as-a-Service (PaaS). Yet, OpenShift comprises Kubernetes components and works with Docker. Is OpenShift still reliant on Docker and Kubernetes?

Here's a little background to get us started.

Kubernetes (K8s) is an open-source container orchestration platform. Engineers use it to deploy and manage clusters of hosts running Linux containers. Kubernetes works on public, private, and hybrid clouds, as well as on-premises.

In 2015, Google donated Kubernetes to the Cloud Native Computing Foundation after designing, developing, and using it as BORG for almost a decade. RedHat, Amazon Web Services (AWS) and other vendors also contribute to the project.

A few key features of Kubernetes include: As an engineer, you can use Kubernetes as a platform, as a type of container operating system, or as a container orchestration tool. Despite this, Kubernetes is not a stand-alone container management solution since it requires different plugins and services to function. 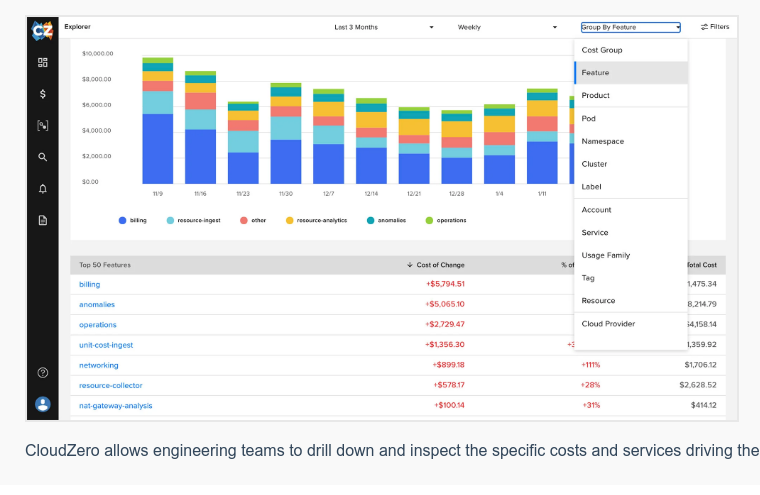 Docker is an open platform for packaging and running applications in containers. The platform provides an end-to-end solution for building, shipping, testing, deploying, and maintaining containerized applications. With Docker, you can develop and run distributed app architectures, run your code with standardized CI/CD pipelines, design highly scalable data processing systems, and set up fully managed platforms for your engineers.

OpenShift is a self-service containerization platform that Red Hat built for enterprise use. The platform enables engineers to build, deploy, and maintain container-based applications.

As part of Red Hat’s open project, OpenShift OKD, OpenShift leverages features from both Kubernetes and Docker, out-of-the-box enterprise security, and other efficiencies to deliver a powerful alternative.

Here’s an illustration of OpenShift as a Kubernetes distribution, for example. As with Kubernetes and Docker, OpenShift can serve as a Platform (PaaS) and a tool (CaaS). It also supports automatic and manual scaling of containers, CI/CD tools, and multi-tenant deployments.

In the next section, we’ll compare Kubernetes vs Docker.

Kubernetes Vs. Docker: What Are The Differences?

Here’s a quick overview of the differences:

Here’s a dive into more details.

Docker comes in two versions: the Community Edition (CE) is an open-source project, and the Enterprise Edition (EE) is a paid product with enterprise-level support. For teams that want to focus on their code instead of configuring an open-source platform, Docker EE will be ideal.

The Kubernetes project is open-source and free. However, it requires investment in its infrastructure, including plugins and support services.

With Kubernetes and Docker CE, you need to download, install, set up, and oversee everything yourself, which requires skill and time. Yet, in either case, there is a large support and networking community to help you out.

Kubernetes and Docker work with any Linux distribution. Some examples include Ubuntu, Fedora, and Debian. CentOS supports Docker as well. Deployment options include public, private, on-premises, and hybrid cloud setups for both. Also, both work on Macs and Windows desktops. Besides Windows 10, Docker is also compatible with Windows Server 1709 and 2016.

In Docker, you execute commands and automation through a single API using a client-server architecture.

A Dockerfile describes how an app is packaged into an immutable container image, after which the Docker server runs the appropriate commands to build the image. You can then run that image on various platforms, including Docker Swarm, Kubernetes, Mesos, and HashiCorp Nomad.

In Kubernetes, kubectl, a powerful API and command-line tool, automates the bulk of container management tasks.

Kubernetes coordinates the resources allocated to it on your behalf. Kubernetes controllers ensure applications and containers run as specified. This frees your engineers to focus on writing and improving code — not the infrastructure beneath it.

Kubernetes is yet to include a native container image management system. For instance, no integrated image registry is available. But you can create a Docker image registry instead, such as Docker Hub. Kubernetes will pull images from there.

Docker includes the Docker Hub registry, where you can store and share images with compatible registries such as Azure Container Registry. Docker Pro or Team members also have access to the new Advanced Image Management Dashboard.

Docker Swarm does not provide automated scaling based on resource utilization, unlike Kubernetes. You need to configure scaling manually with a command.

Both Docker Swarm and Kubernetes support Role-Based Access Control (RBAC). However, Docker Swarm nodes also implement TLS mutual encryption and authentication to protect what they communicate with each other.

In Kubernetes, you need to configure your own authentication safeguards. Thus, you would need to create bearer tokens or another method of authentication manually, which is time-consuming and tedious.

Kubernetes delivers about four releases per year. Kubernetes will notify you when new versions are available. It will also invoke the kubeadm upgrade command as soon as you decide to upgrade, simplifying the upgrade process.

However, Docker has the busier update schedule. It may be because it provides for many tools, including Docker Engine, Hub, Compose, and Docker for Windows and Mac.

Quick reminder. If you plan to upgrade your existing installation, always create a backup first. In case an update does not work as expected, you can always roll back to the stable, earlier version.

Kubernetes does not have a native networking solution. Meanwhile, Docker uses multi-host networking, so you can choose an overlay network for your services. During initialization or updates, the Swarm Manager automatically assigns addresses to the containers in the network.

However, while Docker runs on a single node, Kubernetes runs across a cluster. Thus, Kunernetes nodes are able to more easily communicate with each other than Docker nodes.

Kubernetes and Docker do not provide comprehensive CI/CD tools out of the box. Yet Docker and K8s enable developers to automate their CI/CD pipelines, adding features such as load balancing and storage orchestration.

Both support various third-party tools, such as CircleCI and Jenkins, to create robust CI/CD pipelines in Kubernetes or Docker.

Kubernetes Vs. OpenShift: What Are The Differences?

Note that OpenShift Container Platform is Kubernetes-based, thus compatible with not only K8s but also most third-party tools that work with Kubernetes and other certified Kubernetes distributions.

OpenShift Vs. Docker: What Are The Differences?

Depending on your deployment, environment, or workload, Kubernetes may sometimes feel overkill. In that case, Docker and OpenShift are great alternatives to Kubernetes.

Also note while Red Hat OpenShift Container Platform is based on Kubernetes, it is compatible with Docker tools, like Registry, Builder, and Docker Hub.

So, which container platform should you choose?

When To Use Docker

In small- to medium-sized deployments (and large-scale deployments when deployed with Kubernetes), Docker makes lightweight container images easy to build, deploy, and manage.

It includes a rich image registry, compatibility with most environments and tools, as well as support for building robust CI/CD pipelines if you are looking for a less complex container platform (than K8s).

When you build and run your own infrastructure, Docker Swarm also needs less setup and configuration than OpenShift or Kubernetes.

Yet it’ll help you build, ship, deploy, and maintain your containerized applications (using declarative YAML files), scale services to your desired state automatically, balance load between containers in a cluster, and safeguard access control for your services.

When To Use Kubernetes

Despite its steep learning curve and configuration, Kubernetes provides superior horizontal scaling (both automatic and manual) and supports a vast collection of plugins to extend its functionality.

With its self-healing capabilities and liveness/readiness probes, K8s helps you keep your system’s health close to your desired state at all times.

Since Kubernetes is open source, it's also compatible with most platforms and tools. In addition, it includes a large and active developer community that provides technical support and networking opportunities.

When To Use OpenShift

Moreover, it seamlessly integrates both Docker and Kubernetes, making it not only one of the best alternatives to Docker or K8s, but also the least likely to lead to vendor lock-in.

However, you may need to use Red Hat’s RHEL, Atomic Host, CentOS or Fedora to access native-level functionality.

How To Reduce And Optimize Your Container Costs

It can be challenging to collect, visualize, and derive actionable cost intelligence from containerized architecture, regardless of whether you use OpenShift, Kubernetes, or Docker. The three platforms support monitoring, but most cost tools do not provide detailed insights, such as cost per customer or cost per environment, only total and average costs.

That makes it hard to pinpoint exactly where you can optimize costs and who or what is driving them.

to see how CloudZero simplifies your Kubernetes cost management.

Can I use Docker without Kubernetes?

Yes. Kubernetes is an open-source platform for managing containerized applications at scale. It works with different container runtimes, including containerd, CRI-O, and RunC. Still, K8s will deploy, scale, network, and manage your Docker containers at large scale if you choose.

Can I use Docker without Kubernetes?

Yes. Despite OpenShift's Kubernetes-based architecture, you can seamlessly work with Docker images.

What runtime does OpenShift currently use?

Can I use Kubernetes and Docker together?

Yes. Experienced engineers often prefer Docker for development and Kubernetes for operations phases of their deployments.