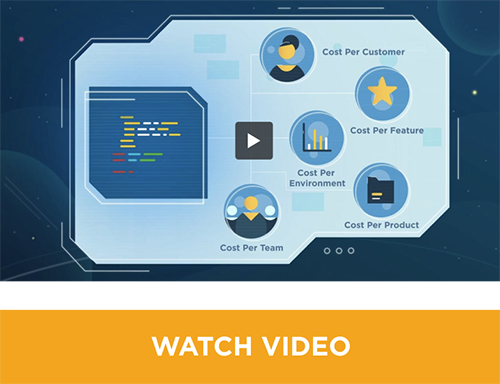 5 Refactoring Techniques You Can Use To Improve Your Software

Discover five refactoring techniques to improve your existing code and the primary benefits of each method.

Although refactoring isn’t typically listed as one of the core phases of the software development lifecycle, you cannot leave it out if you intend to keep code running efficiently.

The unfortunate thing about software is, it doesn’t usually age very well. Even seemingly perfect source code progressively decays over time — due to the ever-morphing tech ecosystem. Small minor issues gradually pile up into an overwhelming mountain of bugs — which then lead to huge system inefficiencies and ballooning maintenance costs.

Thankfully, there are several early interventions you can take along the way to prevent such an outcome. Refactoring, in particular, is a favorite for many software developers because it’s straightforward, cheap, and consistently proactive. What’s more, it’s applicable in more than five different techniques — all of which are capable of modernizing outdated software.

This article reviews each of the five refactoring techniques, and explains the primary benefits that come with them. We’ll also cover what the process of refactoring really entails, and its role in not only the software development lifecycle, but also infrastructure optimization.

Refactoring, or code refactoring in full, is a systematic process of amending previously built source code, without introducing new functionalities or altering the fundamental workings of the subject software.

You can think of it as a minor programming tweak that’s intended to optimize the structure, definition, and implementation of the underlying code without interfering with the software’s original functionality. The end results are usually improvements on the software’s readability, maintainability, and extensibility.

Some of the actions that software development teams commonly take during refactoring include:

As such, you could say that the whole process of refactoring typically comprises multiple “micro-refactorings”. They are executed in small bits to minimize the risks on the system as the code is being restructured. This keeps the software running seamlessly throughout, without any major service interruptions that could compromise business operations.

It’s worth noting that while the individual instances of micro-refactorings achieve minor transformations, the standardized sequences ultimately combine to accomplish extensive restructuring.

We are using the term “restructuring” because refactoring techniques only apply to pre-existing source code that’s already fully developed and structured. The goal is not to facilitate the building of software, but rather to optimize its code after deployment.

Don’t expect to follow a regular schedule, though. There are no time guidelines for refactoring. The process doesn’t even feature as a scheduled task in software development plans.

But, this shouldn’t hold you back at all. Refactoring ought to be part of your day-to-day programming. If not, you should at least perform it whenever you intend to introduce updates or new features to your existing code.

For instance, you might want to review your source code right before injecting new features into the software. This is where you evaluate the code structure to flag up all anomalies that may compromise the seamless integration of new features.

And in case you happen to discover any, refactoring should help you resolve the issues without interfering with the software’s core functionalities

You don’t, however, have to restrict yourself to an entirely manual process. As it turns out, quite a number of application development environments now offer some form of automated refactoring support, intended to facilitate the execution of the mechanical aspects.

Whichever approach you choose for your software’s code, refactoring should always take precedence over the addition of new features. The more frequently you manage to perform the procedures, the deeper you’ll be able to optimize your code for scalability. That means you’ll have fewer bugs to deal with when you try to expand the features and functionalities.

Otherwise, disregarding continuous refactoring could lead to the gradual accumulation of technical debt or code debt. This, in particular, comes about when software development teams choose to prioritize functionality upgrades over refactoring.

In other words, they expedite the delivery of features while overlooking the role of refactoring in restructuring their software code. So, as new functionalities come in, unresolved weaknesses within the source code trigger all sorts of technical issues, which then pile up over time and morph into major complexities.

Why Is Refactoring Important? What Are The Benefits?

Regardless of the refactoring techniques that you happen to apply, this whole process of systematically amending the underlying source code offers the following benefits:

Development teams admit that software maintenance is painstakingly difficult when the source code is unstructured, poorly supported, and unorganized. A basic update, for instance, might take a disproportionate amount of time and resources.

In contrast, refactored code tends to be well streamlined, neatly organized, methodically structured, and adequately stable. This makes it considerably easy for development teams to track all the software parameters, update the functionalities and tools, as well as conduct proper maintenance checks.

Even seasoned programmers find it challenging to read and interpret the fluffy code in applications that are yet to be refactored. Such code is often laden with repetitions, unnecessarily long functions, redundant lines, incoherent flows, and syntax issues.

Now, this is where refactoring comes in handy. The process helps you identify the inconsistencies and then tidy up the code to make everything much simpler for everyone. Even new employees should have an easy time piecing together the lean code as soon as they take over.

In addition to streamlining the source code, refactoring progressively eliminates all sorts of basic anomalies. This prevents the build-up of technical debt, which would substantially compromise the app’s functionalities and resources.

So, in a way, we can agree that refactoring techniques safeguard and improve the performance of your software over the long haul.

By boosting maintainability, scalability, readability, and performance, refactored code ultimately manages to save you both money and time.

More specifically, it optimizes your underlying code to simplify the maintenance tasks, minimize the size of the application, eliminate potentially costly technical debt, as well as boost the application’s overall efficiency.

This, with time, reduces even the corresponding amount of resources consumed — which translates to more money in your pocket.

What Techniques Can You Use To Refactor?

Refactoring is a multidimensional process that you could perform through either of these five techniques:

Here are their respective details:

Red, Green, Refactoring happens to be one of the fundamental engineering patterns that facilitate Test Driven Development — or TDD in short.

When it comes to refactoring, it describes a basic technique that breaks down the whole procedure into three systematic steps.

“Red” comes first. In this step, you’re required to begin by reviewing the specific development that you intend to undertake. Once you’re done, you can go ahead and write a test without accompanying it with any implementation code. So, it’s only natural that the test will fail.

“Green” is the logical follow-up to red. This is where you get to work on the appropriate implementation code, which should then qualify the project through basic testing.

“Refactor”, on the other hand, is where the transformation magic actually occurs. You dive deep into the code and identify all the basic weak points that require some work. The improvement tweaks will then follow, but under the condition that none of them introduces new functionality.

The Extract Method primarily seeks to improve your overall code readability by addressing complexities, providing clarifications, and regularizing the structure.

The procedure itself entails transferring a code fragment from its original method into a newly established one. This second set of methods are clearly labeled to describe the functions of the code blocks — in a way that makes it easy for development teams to piece together the whole source code structure.

While the Extract Method enhances readability, Simplifying Methods are meant to simplify code. And, as the same itself suggests, this is yet another refactoring technique that offers more than one approach.

Here are the two options that you’ll be getting:

That said, your overall approach depends on the type of simplification that you intend to achieve.

If, for instance, you discover that the logic in your code is decaying and getting more complicated with time, you might want to proceed with the latter method — Simplifying Conditional Expressions Refactoring. This will eventually simplify the code’s logic by tweaking its original conditional statement.

Simplifying Method Calls Refactoring, on the other hand, focuses on streamlining the method calls. You’ll be able to simplify the parameters by adjusting interactions between various classes, as well as restructuring their interfaces.

Composing Method is what you turn to when you come across code functions that are a bit too long, and difficult to interpret or execute. The technique is engineered to reorganize the code by eliminating duplicates, or alternatively, breaking it down into moveable fragments.

Some of the methods you can use here include Split Temporary Variable, Inline Method, Inline Temp, and Extraction.

“Inline” refactoring, for instance, happens to be one of the most popular preferences — as it involves removing redundant methods from the code and then replacing them with the appropriate content of the method.

But, if you think your problem would be better solved through fragmentation, you could try your luck with the “Extraction” option. This one cuts up the code into chunks, after which the fragments are moved and replaced accordingly.

Fifth on our list of refactoring techniques is Abstraction, which specializes in large-scale projects. It’s worth a try if you’re trying to perform refactoring on huge volumes of code.

In essence, Abstraction seeks to remove repetition and redundancy from your code. It achieves that through tactics that touch on extraction, creating interfaces, setting up new classes, hierarchy, class inheritances, etc.

And while you're at it, you’ll notice that Abstraction tends to implement its large-scale code adjustments not at once, but rather on a gradual basis. This allows you to keep the system running while the changes are proceeding in the background.

With these refactoring techniques, you’ll be able to modernize and streamline outdated software applications without compromising their functionality. As a result, you can expect time and cost savings, as well as increased maintainability, scalability, readability, and performance.

With a cloud cost intelligence platform, you can take your refactoring efforts to the next level by being able to identify which features, products, and services are costing you the most. Then, you can make informed decisions on whether or not it makes sense to redevelop or rearchitect those solutions for increased profitably.

CloudZero makes this possible, allowing engineering teams to drill into cost data from a high-level down to the individual components that drive their cloud spend — and see exactly what AWS services cost them the most and why.

CloudZero also uncovers unit economics cost insight like cost per feature, cost per product, cost per customer, and more. Engineers can see the cost impact of their work and finance can get the cost intelligence they need to make informed decisions around pricing and profitability.

to see CloudZero in action.